Finding the best data science job on LinkedIn can be a long process; we’ve figured out what candidate sticks out and how to get hired.

LinkedIn is the world’s largest professional network on the internet.

So you’re ready to transition to another role? You’ve dedicated so much time and effort you deserve a change of scenery and perhaps a change on the paystub.

When you decide to find a new job, it involves an entire process of searching various job sites and scouring through hundreds if not thousands of posts to find the ideal fit.

Whether it be Monster, Linkedin, or Indeed, there will always be the same three things you tend to focus on more than anything else.

The company, the description, and the location. Working for a reputable company with a passion for their product and a nurturing culture/environment becomes more critical with age and tenure in the field.

Second is, what you’re doing and what the job’s expectations are essential to understand sooner rather than later.

Finally, the location is by far the most important. Relocating as you advance in your career becomes more of a hassle and problem when you have kids, a house, and a future in that location.

We took a long process and made it easier to decide what to look for and where to look forward to next if you’re interested in advancing your data science career. Don’t worry – it won’t be at Farmers Only.

If you want to see the LinkedIn Data Science Jobs Clusters in the dashboard while reading along, you can view the Clustering Dashboard here.

The Very Best Candidates Should Have These:

Here are some trending skills the top software companies in the world picture the ideal candidate has:

Most companies are based on the coast. East coast, west coast, and along the shoreline, which means you’ll more than likely need to relocate if you want to be in the area with the most data science job postings:

During the time of analyzing the data, there were 2,223 postings that had less than 25 applicants, which means two things:

If you’re worried about a lack of jobs available in the data science field – don’t fret – it’s still very lively.

Secondly, most positions have either A. been recently posted, or B. aren’t gaining much interest, which could be very good for a potential person looking for a new job.

Amazon, The Job Network, and Microsoft were the top three companies when it came to job postings.

When it comes to the actual position, over 600 postings were for these three positions:

The states that had the most data science job postings were nearly all coastal cities except for a couple:

The companies that seem the most in-demand would be Intuit, Apple, and Microsoft, which have accumulated over 10,000 applications.

Hypothesis: The trending locations tend to be areas surrounding large cities which also means large amounts of people. They’re hubs of innovation and small and large tech companies alike flock to them. This becomes appealing based on potential prospects and from a potential prospect’s point of view the selection of jobs and companies to work for. It’s a symbiotic relationship between data scientist and technology company.

The smallest number of applicants for a company was Bristol West Insurance Group, ArelHS Markit, and the U.S. Department of the interior.

Genentech, Intermountain Healthcare, and the DOD have the least job postings on LinkedIn, which doesn’t necessarily mean anything other than they are outliers for the average of job postings by companies.

While you might not think about it, the Department of Defense for the United States still requires talented individuals in the data science field. So do the CIA, FBI, and DOJ.

For the three positions least posted on LinkedIn, the outlier is the industry in which the company presides.

Hypothesis: Most companies today need programmatic savants and technologically gifted individuals but when a pizza company posts a job for a highly technical role that demands experience and master skills the flow of new applicants is zero to none. Couple this with the lack of diversity in the companies and job roles makes it worse. Now take all that and add the state ,which can be the deciding factor, that doesn’t appeal to you as a relocation viable option and you won’t get any applicants.

Typical red flags would include a combination of the worst results from all filters.

For example, a potential job posting to avoid would be one that has the least about of state postings, with the least amount field demand in a place that doesn’t relatively any other job postings.

Couple all this with a low number of total applicants means trouble for various reasons and to proceed with caution.

In the field of data science, with over 117,000 job postings and even more applications, the job of the recruiter has become a difficult one. One that should be taken into consideration when determining how to structure your resume and where you’ll submit applications.

Perhaps you find an email at the end of the job posting and decide to 1-up the competition by personally reaching out. Or your resume is so good you don’t have to worry, and the automatic resume selection software picks up all the right keywords.

The bottom line is if you have the right soft skills such as Collaborative, Thought Leader, Ownership, Innovation, and Drive along with technical skills like SQL, Python, R, C++, Java, and Tensorflow with 2-5 years of analytical problem-solving experience you’re already the ideal candidate.

They were compiled from over 3,150 data points taken from the LinkedIn website. These were then exported into a CSV file and uploaded as a dataset in the Relevance AI platform, then vectorized & clustered.

The Data Science Jobs on LinkedIn Dashboard was scraped from the LinkedIn website. To clean the dataset, I preprocessed the data, extracted insights using additional Machine Learning techniques (such as zero-shots, but sentiment analysis could also be used), and then selected the reviews for the encoding.

Using the all-MiniLM-L6-v2 encoder, 3,150 different data points such as average ratings, reviews, duration, and price have been converted to 786-dimensional vectors. Afterward, a clustering algorithm (K-means) was applied to check which jobs were most similar to each other with a total of 240 clusters.

Because there were other features in correspondence with every sample, we have been using this extra data to exploit the best from the clustering relevance ai application to show additional data.

The clustering app shows the representative samples for every cluster, including all the corresponding metrics used as additional insights.

Using textual data, we can extract zero-shot labels to build a WordCloud of the most significant words for every cluster, which makes it much easier for us to identify the content of each cluster. 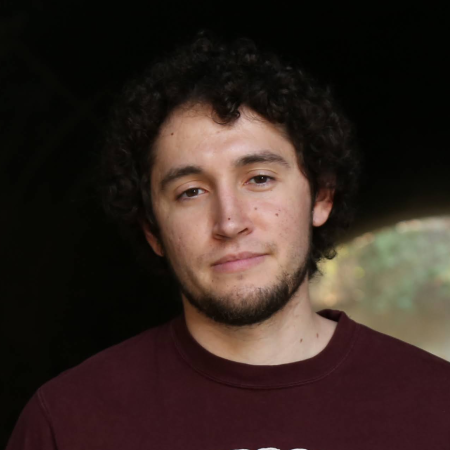 Keep to perform your own job market cluster analysis?

Find insights at scale for within your hiring and recruiting processes.